There has been a very important Microsoft Security Update (Originally reported on September 14, 2021). It involves security vulnerabilities to in Microsoft Office, Azure, BitLocker, Visual Studio – and more.

Britec recommends that you patch your systems and network immediately. Please contact us if you require any assistance. If you are a Britec client, it is likely that the patch has already been put in place.

Additional details on this security update

On September 14th Microsoft, shortly after Google’s and Apple’s Security Update, announced that they were patching up 66 security weaknesses in the security defences including a patch for a vulnerability that had been there since day zero.

The patch addressed components such as Azure, Office, BitLocker and Visual Studio, along with zero-day MSHTML platform that came to light last week.

Quote from Microsoft:
“Microsoft is aware of targeted attacks that attempt to exploit this vulnerability by using specially-crafted Microsoft Office documents. An attacker could craft a malicious ActiveX control to be used by a Microsoft Office document that hosts the browser rendering engine. The attacker would then have to convince the user to open the malicious document.” Microsoft Said, adding that: “Users whose accounts are configured to have fewer user rights on the system could be less impacted than users who operate with administrative user rights.”

What does this mean?
This means that your computer could have been vulnerable with out you knowing and without the new security update your system could be open to an attack.

How can we help?
Britec can help by making sure your computer is up to date on the most current security updates keeping you safe and your business continuing. 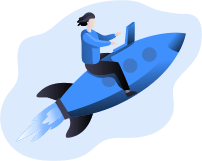